Here’s yet another example of how followers of Christ DON’T DISCERN before embracing a person and accepting them as a TRUE follower of Christ. Look, just because THEY CAN SING doesn’t mean their true interest is to promote Christ – OFTENTIMES, they only want to promote THEMSELVES and advance their careers.

In the case of Lauren Daigle, one of Christiandom’s TOP CHRISTIAN MUSIC ARTIST’S she has clearly [by her lifestyle and music lyrics] shown anyone who has inquired that SHE’S NOT REALLY A CHRISTIAN ARTIST, this young lady is a singer who wants to advance her career by ANY MEANS POSSIBLE!    It’s politics, if she can gain fame from the Christian community SHE’LL TAKE IT- If a secular artist offers to sign her, SHE’LL TAKE THAT TOO!

Daigle was asked during an interview,

” Do you want to change people’s understanding of what Christian music can be”?

Daigle’s response was: “Chance the Rapper got to do stuff with all these gospel artists. So profound. I love that, right? And that was something I wanted to bring in as well. Like elements where people who weren’t necessarily church people, or Christians, or whatever the title is, who don’t really dive into that kind of music can hear something and it be compelling enough and it be strong enough to where they are drawn in and feel welcomed and invited”.

INTERPRETATION: Thank you Christiandom for being drawn in by my music and accepting me [expecting me] to represent Christianity and to lead by an example of modesty and worldly separation, THANKS Christiandom FOR MAKING ME FAMOUS, BUT… being a Christian, living for God and exemplifying holiness WAS NEVER my intention; that was your intention for me! All I want to do is sing and be famous-that’s all). 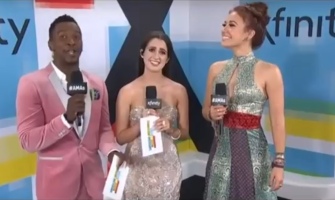 Daigle’s participation as an AWARD PRESENTER in the (secular) 2018 music awards should have SCREAMED that “she’s not a follower of Christ” to ANYONE who ever considered her to be one, she has NO INTEREST in being oppressed by the constraints of holiness and separation because that would hinder her music career is basically what she’s saying .  “Ye adulterers and adulteresses, know ye not that the friendship of the world is enmity with God? whosoever therefore will be a friend of the world is the enemy of God.” James 4:4.  This applies also to Lauren Daigle. 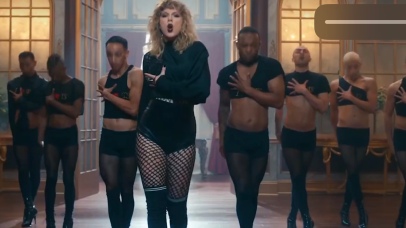 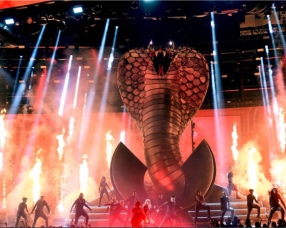 Taylor Swifts Performance at the 2018 AMA

Everyone from Lenny Kravitz, Macaulay Culkin and Sara Gilbert to Amber Heard, Heidi Klum, Busy Philipps were there, and Lauren Daigle allowed herself to FIT RIGHT IN, handing out secular awards with joy – never mentioning God, Christ, Repentance, or Anything to do with holiness, and she had ample chances to do it if she wanted to!  One interviewer even asked her about her music and she gave glory to “the music” instead of God. Taylor Swift who is a LGBT and abortion supporter opened the show dressed very immodestly with a giant serpent on her stage, singing a song about “burning witches even if they’re not witches just for fun”, if Lauren Daigle wasn’t there to minister to these people WHAT ON EARTH made her happily join together with these people who clearly aren’t interested in living a life of holiness? It’s because she’s secretly ONE OF THEM.

Lauren Daigle Makes Her Debut on The Ellen Show

Yes! She did not reject Ellen DeGeneres’s invitation to sing on her show because she knew that DeGeneres has one of the largest platforms in the United States and an appearance on her show would increase her visibility. Either you STAND FOR HOLINESS or YOU DON’T, it’s just that simple. So, there it is folks and it can’t be any plainer than the way it is being presented on this forum. Not everyone who says “Lord Lord” wants to live a life of holiness and separation. For most of these gospel/christian artists, it’s all about the Benjamin’s and being famous!