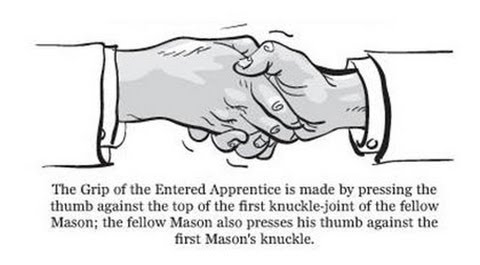 Speculative Masonry inherited seven fundamental principles from the craft guilds: (1) an organization of three grades, called Entered Apprentice, Fellow Craft, and Master Mason; (2) a unit called a lodge; (3) rules of secrecy; (4) methods of member recognition; (5) histories of the craft contained in approximately one hundred manuscripts called the Old Charges, particularly the Regis Manuscript of 1390; (6) a tradition of fraternal and benevolent relations among members; and (7) a thorough Christian grounding. By 1723 all references to Christianity had been removed with the publication of the Free-masonic Constitutions, instead requiring members to believe in God but allowing personal choice of religion. God-or whatever Supreme Being- became known as “The Great Architect of the Universe” T.G.A.O.T.U. 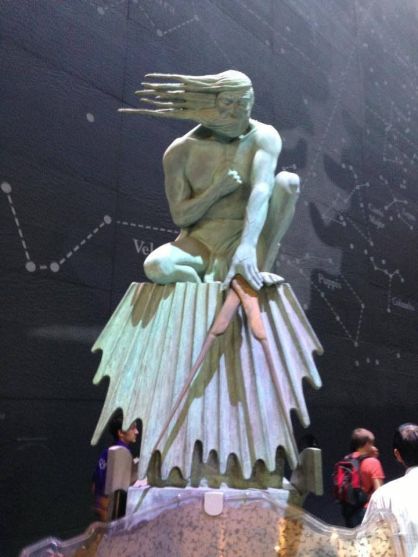 A very popular masonic emblem is the pyramid, the Great Pyramid of Giza, which is always shown with seventy-two stones representing the seventy-two combinations of the Tetragrammaton, or the four lettered name of God (YHVH) in Hebrew.  The pyramid is flat-topped, unfinished, symbolizing humankind’s incomplete nature. Floating above the pyramid is the single All seeing eye of the great Antichrist, also associated with Horus, son of Isis and Osiris. Both the pyramid and the All-Seeing Eye appear on the United States dollar bill and the reverse of the Great Seal of the United States. 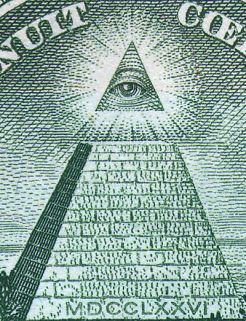 As there are three degrees in Craft Masonry, also known as the Blue Lodge, the number three plays a very important part in all Masonic ritual. Hiram Abiff’s three murders symbolize thought, desire, and action which each Masonic candidate strives to transmute into spiritual thought, constructive emotion and labor. Petitioners are called “rough ashlars” or uncut stones, which become the building blocks of the temple. Speculative Masonry borrowed the tools of the craft as symbols of the order: the square, compass, plumb line, and level. Members wear white leather aprons associated with builders. Ritual colors are blue and gold. The capital letter G appearing in the Masonic compass most likely stands for God. 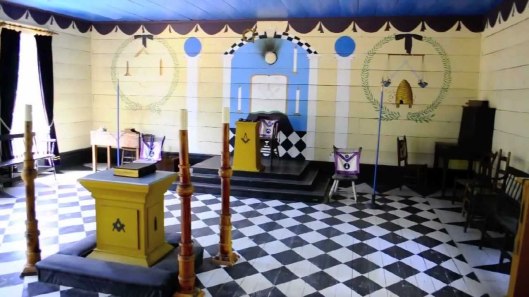 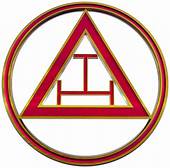 *The secret password of the 1st degree, or the ‘Entered Apprentice’ degree is ‘Boaz’.

*The secret password of the ‘Second Degree’, or ‘Fellowcraft Degree’ is    ‘Shibboleth’.

*The Secret Password of a Master Mason is ‘Tubal Cain’ which is the ‘Third Degree’. Some of the more obtuse and perverse masons wear a tie    stickpin or lapel pin called “Two Balls and Cane” in the shape of a phallic    cane with a “ball” on either side of it.

The Substitute Word of a Master Mason

During the blood chilling initiation of “being given the third degree”, the candidate is told the “Master’s Word” has been lost and instead a “substitute word” is whispered into his ear, “Mah Ha Bone”.

Not to be confused with the password. The Word (always capitalized) is so secret that initiates are taught it one letter at a time. First they learn A, then O, then M, and finally I. The Word is IAOM.

It is guessed that in some approximation thereof, this word is the infallible name of God.  The Word (or Name) is a tongue-twister. It takes some practice to get it right. The following pronunciation guide is from Masonry and Its Symbols in the Light of Thinking and Destiny by Harold Waldwin Percival:

The Name is pronounced as follows: It is started by opening the lips with an “ee” sound graduating into a broad “a” as the mouth opens wider with lips forming an oval shape and then graduating the sound to “o” as the lips form a circle, and again modulating to an “m” sound as the lips close to a point. This point resolves itself to a point within the head. Expressed phonetically the Name is “EE-Ah-Oh-Mmm” and is pronounced with one continuous out-breathing with a slight nasal tone in the manner described above. It can be correctly and properly expressed with its full power only by one who has brought his physical body to a state of perfection… Note: this “word” or letter sequences is very similar if not identical to the ones contained in prayers of the Gnostics in the Nag Hamadi Library recovered from the sands of Egypt in 1945 (not to be confused with the Dead Sea Scrolls recovered from the sands of Judea in 1947).

8 thoughts on “Exposing The Secrets of The Freemasons Part I”