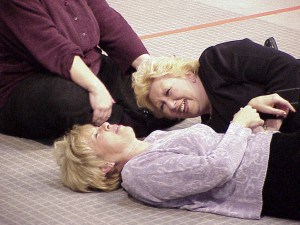 Proverbs 9:13
A foolish woman is clamorous: she is simple, and knoweth nothing.

” I was drunk in the spirit” is what Janet claimed who was taken horrid advantage of by Prophet of Baal Richard Hayes and the churches secretary. One night, during a “revival service” at Bible Revival Ministries, in Kernersville, North Carolina- a lady named Janet was prophesied to by Richard Hayes as he told her if she took an envelope and “sewed a seed” that God would make good on her prophesy. 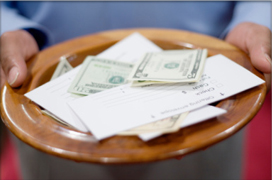 After the prophet of Baal told her this, Janet began to seemingly loose control of her senses (aka drunk in the spirit) and eventually fell down flat in the churches flower garden. Two of the churches assistants found the lady laying in the flower garden, helped her up and told her to go home.  Instead of Janet heeding to the advice of the assistants, the lady continued behaving as if she were “drunk in the spirit” as if she couldn’t control herself or think reasonably and found herself in the presence of the opportunist Richard Hayes who went outside to locate the lady because she took an envelope vowing to “sew” a very large amount of money that night. After Richard Hayes located Janet, she told Richard Hayes,”I’m going to give you a love offering”, Richard Hayes responded by saying, “If you love me a little, give a little, but if you love me a lot, give a lot”.  Richard Hayes added up all of the vows (envelopes) that the lady had in her bible and the total was over $1,200.00!  At this time Janet was “slain” again and wasn’t capable of using her credit card to honor her vows so the churches secretary entered an amount of over $1,200.00 (supposedly the total of the envelopes that were in her bible) and Richard Hayes instructed the church assistants to REMOVE JANET’S CREDIT CARD FROM HER WALLET, AND PUT IT IN HER HAND then held Janet’s hand and SWIPED IT IN THE CHURCHES CREDIT CARD READER. All of this was done while Janet was seemingly unconscious.

Afterwards Richard Hayes asked the church secretary “does she have to sign it (the receipt)?” and the secretary responded, “yes,”  Richard Hayes then said “Oh my God, she’s crazy” and instructed “Sally” to put a pen in Janet’s hand and hold her hand to put a mark on the receipt to indicate that she signed it. After he did this, he left the revival and went to a movie theater as he always did after revivals!

This is blatant criminal activity! An seemingly vulnerable, unconscious woman was taken advantage of that night. There is absolutely no fear of God on the pulpit, it’s all about money, fame, popularity or whatever benefit one may be seeking these days. Honestly, nothing surprises me coming from these false prophets, none the less when I hear of stories like this it’s still very disturbing. God is not sleeping, it may seem so because He still allows these predators to continue on with their evil but only for a season. These partakers of evil are receiving their reward NOW but their punishment of eternal Hell is imminent if they don’t repent while there is still a chance if it’s not already too late.

For the time will come when they will not endure sound doctrine; but after their own lusts shall they heap to themselves teachers, having itching ears; And they shall turn away [their] ears from the truth, and shall be turned unto fables.

Proverbs 19:3~Some people ruin themselves by their own stupid actions and then blame the LORD.

2 thoughts on “The False Prophet and The Drunk Woman”