According to the scriptures there will be a time of great deception; a period when the entire people of the world will be deceived by Satan through “organized religious systems.” Satan has devised a plan to deceive the entire world in a way that people will worship him and blindly ascribe their obedience to God (Revelation 12:1-9,13). Since most religious people are so blinded by their religious beliefs and doctrines and refuse to investigate their beliefs, billions of people have been deceived unknowingly. The reason why most religions [especially “Christians”] continue to be deceived is because they’re not taking the prophecies concerning the hour of great deception seriously, they don’t think that this HOUR OF GREAT DECEPTION is something that can affect them. 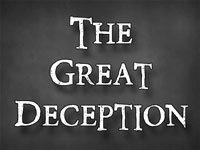 None of us are exempt from being deceived and since the scripture states clearly that “Satan will lead the whole world astray” (Revelation 12:9), we should be concerned and  extremely vigilant by praying consistently, studying intensely, meditating daily and examining every doctrine that has been received since the formation of Christianity to make sure that our faith is based on the truth instead of human traditions. The deception in the kingdom of Christiandom is deeper than can be imagined. The greatest weapon that Satan uses to gain his followers is mistranslation, misquotation and misinterpretation of the scriptures which is why in-depth studying and prayer are crucial. Satan has ministers from all walks of life who are promoting his ideology on earth, [including in Christiandom] by wrongly translating, quoting, and interpreting scriptures. For example, most who are expecting the arrival of the Antichrist have themselves become the Antichrist and don’t realize it. This is happening due to inaccurate Christian theological explanations of the end time events. The mainstream Christian theological view about the Antichrist is wrong, for instance, one of the early Christian “church father” Saint Hippolytus wrote:

“The Antichrist will be born from a harlot, who will appear to be a virgin, but will be of the Hebrew race, of the tribe of Dan, the son of Jacob; and he will supposedly live as Christ did, and will perform as many miracles as Christ, and will raise the dead. But all of these things—his birth, his flesh, and everything else—will be an illusion, as the Apostle says; and he will then be revealed as the son of perdition, with all power, with signs and deceitful wonders. However, as Saint John of Damascus says, the Devil himself will not be transformed into flesh, but a man who is the offspring of fornication will receive all the energy of Satan and will suddenly rise up. He will appear good and gentle to all, and then there will be a mighty famine. He will supposedly satisfy the people, will study the Holy Scriptures, will practice fasting, and, compelled by men, will be proclaimed king; he will show especial love to the Hebrew race, restoring them to Jerusalem and rebuilding their temple. Before seven years have passed, as Daniel says, Enoch and Elias will come, preaching to the people that they should not accept him. He will arrest and torment them, and will then behead them. Those who choose to remain pious will flee far away into the mountains; when he finds them, through the agency of demons, he will make trial of them. Those seven years will be cut short for the sake of the elect, and there will be a mighty famine, and all the elements will be transformed, so that everyone will all but disappear. [Saint Hippolytus]

The scriptures teach that “antichrist” is more than one person, if we are not watchful and not spiritually sensitive we can all become an antichrist; there are billions of antichrists in the world today;

The word “antichrist” means “enemy of Christ” or someone who is against the God of Israel or against the Hebrew Messiah. It is understandable that the enemy of light is the spirit of spirit of lawlessness which is opposite of the Holy Spirit; 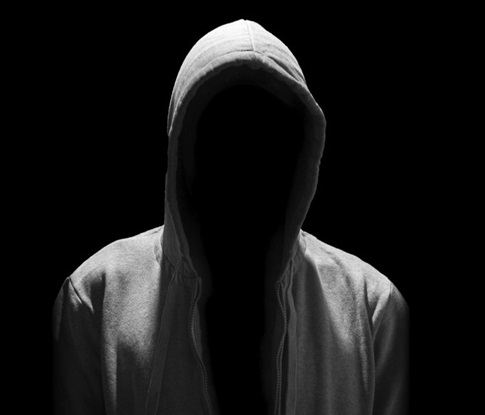 From the above scripture, we can see that the antichrist is not human but a spirit that can possess and operate through human beings or use a system to frustrate God’s will; Satan is the antichrist, there is no greater enemy of the messiah higher than the devil. Satan and his demons are the invisible forces behind all wicked or sinful acts done in this planet. The power of darkness opposes the principle of righteousness to promote wickedness in the world. That is why Shaul (Paul) said;

My brethren, be strong in the Lord, and in the power of his might. Put on the whole armour of God, that ye may be able to stand against the wiles of the devil. For we wrestle not against flesh and blood, but against principalities, against powers, against the rulers of the darkness of this world, against spiritual wickedness in high places. (Ephesians 6:10-12)

6 thoughts on “THE ANTICHRIST, CHRISTIANITY and REPLACEMENT THEOLOGY (Part I)”