I’VE WAITED LONG ENOUGH!  Since the African’s wont admit what magician Shepherd Bushiri is doing- I’m happy to oblige! Have you seen the video’s of him and other African’s bringing “dead” babies back to life? If not, let me show you and then I’ll tell you the secret…

Here’s another African idiot attempting to make people believe that this child is dead. If you watch carefully as they are positioning this child on the floor, you will notice that he is not dead….

This is a video of magician Bushiri pretending to raise a child from the dead.

Here’s the secret, in Africa it’s common to see sick children who have epilepsy, epileptic strokes and demons that cause the child to have a seizure, convulsions, the appearance of a stroke or to completely pass out while foaming at the mouth giving the appearance of death. THIS IS COMMON in Africa and is something that I witnessed personally while living there! I witnessed this with a boy who I adopted while living there and I actually thought that he was dead- it scared me as I lifted the child in efforts to revive him and his entire body was completely limp, seemingly lifeless and he didn’t wake up until the next morning. It was explained to me (by the child himself) the next day that he had actually traveled out of his body- he was highly possessed with a marine spirit.

Magician Bushiri is misleading gullible people [especially Americans]to believe that his “miracle water” can raise the dead but it is a very laughable fabrication. Shouldn’t he be in the hospitals spraying it everywhere if it has the ability to raise the dead?!  Shepherd Bushiri’s miracle water can’t even resurrect a dead fly much less a dead child and ONE DAY American’s will REGRET allowing this criminal to build his Satanic Temple in the United States.

I’m not saying that G-d can’t raise the dead, but one thing for sure is that False prophet/magician Shepherd Bushiri can’t and G-d isn’t using him to do it either! 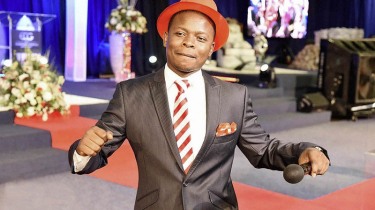