According to now deleted social media posts- a filthy sex scandal involving false prophets “Shepherd Bushiri” (real name Chipiliro Gama aka major1), and Uebert Angel of ECG church, in Pretoria South Africa and with a branch in Washington DC has been exposed via a cellphone that was not password protected of a woman mentored by “Shepherd Bushiri” named Melody Dzingai  (Uebert Angels “spiritual granddaughter”), to arrange sex dates for him and source pretty girls for him from the church congregation. The post stated that Uebert Angels wife Beverly Angel is aware of his sexual escapades and uses hush money to pay off and silence would be troublemakers who would expose the secrets of Uebert Angel.

According to the now deleted post which was allegedly hacked and deleted by Bushiri’s “damage control team” created by Elliot, Melody Dzingai’s personal driver; Melody Dzingai forgot one of her cellphones in a hired car, and Elliot received a phone call from the rental car office after returning the car that a cell phone had been left behind, Leroy Elliot knew that the phone belonged to Melody Dzingai, Uebert Angels spiritual granddaughter so he went to retrieve it. Elliot stated that  He almost immediately received a phone call from false prophet Shepherd Bushiri’s “hit men” warning him to not open the phone followed by a number of warnings and death threats. Elliot stated that he had no intentions of  looking in the phone but since his life had been threatened, he was adamant to learn the contents of the phone and made screenshots of the contents therein and created a Face Book account to reveal his findings to warn the public of Bushiri and Uebert Angels sexual activities which involved young girls and women in the church since his life had been threatened. Elliot stated that he couldn’t believe some of the despicable text messages that were being exchanged between Uebert Angel and Melody Dzingai.  He recorded Bushiri’s goons threatening him and the audio can be heard

Watch the driver with the phone exposing it’s contents

There has been an alarming number of incidences similar to this throughout the United States as well as in other parts of the world, tolerance for such behavior in South Africa is apparently more lax than in the United States. This is not the first allegation of sexual misconduct involving Bushiri and his “spiritual son” Uebert Angel. Since Bushiri and Uebert Angel came on the scene as “prophets” the allegations immediately irrupted. I won’t bother listing them, just google their names and read for yourself.  I know without a doubt that these two use evil means to fool their followers to believe that they are performing “miracles”, when in reality they are being assisted by demons and most likely their participation in sexual morality is to appease the demon that is servicing them. My goal is to bring awareness to Americans who attend Bushiri’s church in the United States. Please, Please, Please don’t trust your children around this man or in his church– don’t take these allegations lightly,  This man IS NOT a “man of God” he is an opportunist and a vulture who should have never been allowed to build his Satanic Temple in the United States. 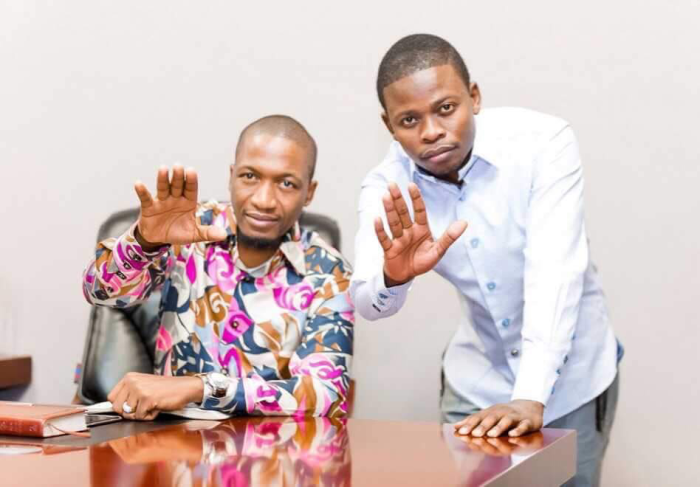